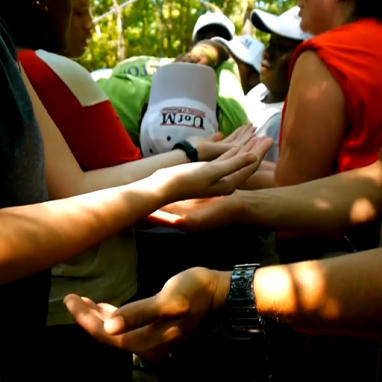 In 1962, James Meredith became the first African American to enroll at the University of Mississippi in Oxford. The event sparked a riot that led to two deaths, millions of dollars in property damage, and the intervention of the National Guard. The largest racial crisis in the state’s history, the Ole Miss riot also marked a turning point in the national movement for civil rights and racial equality.

Now, fifty years later, former Mississippi Governor William F. Winter and the Winter Institute for Racial Reconciliation brings together students—black, white, and otherwise—from around the state to the site of Meredith’s courageous triumph. Led by Winter, historians, and civil rights activists of the 1960s, the high schoolers learn how to think about, talk about, and change the conversation on race and economic justice in Mississippi. Once a site of anguish and violence, Ole Miss becomes a place for discovery and hope, filled with lessons its students can learn, and take back with them to their towns, cities, and communities.

The birth of social change often begins in bloodshed but ends in joy. Growing Their Own documents the journey of these students, and a state that continues to evolve.